How to Spend Less Time on Email

5 Mindsets That Get Things Done 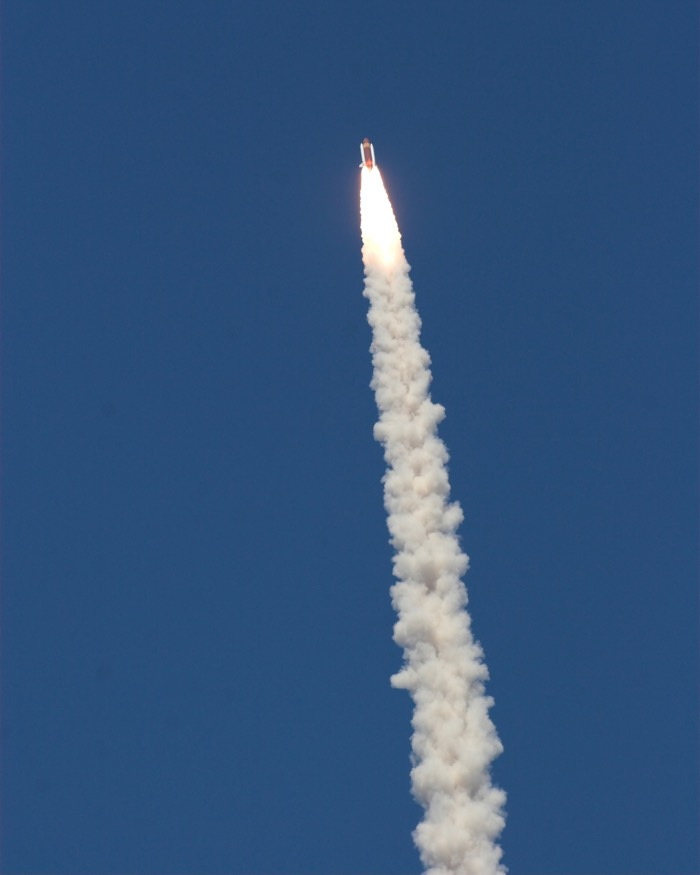 This week is the 30th anniversary of the Challenger disaster. On Monday, I aired my interview with Allan McDonald, the one person who officially refused to sign off on Challenger’s launch.

For many Americans who were alive when Challenger launched, it’s a day that haunts our memory. We had never lost astronauts in flight — and many of us assumed the invincibility of a hugely successful space program.

The day before the accident, January 27th, 1986, it became apparent to engineers that the cold temperatures could put the solid rocket booster o-rings at risk. Damage was already correlated with cold temperatures at previous launches, but there was no conclusive data of where the breaking point would be.

For McDonald, then director of the solid rocket motor program, the risk to Challenger was too great. The launch temperatures were well under the certified operational capacity of the boosters, and his team and he objected.

That night, McDonald’s company Morton Thiokol dialogued with NASA managers about the conditions.

Ultimately, senior management at Morton Thiokol prevailed and recommended that the launch proceed, overruling McDonald and his engineering team. NASA then came to McDonald late in the evening and asked him to sign off on his company’s launch recommendation.

I did the smartest thing I ever did in my life. I refused to sign it.

Later that night, his boss signed instead.

One of the o-rings on Challenger’s booster failed at ignition, just as McDonald and others feared. 73 seconds later, it triggered a catastrophe.

McDonald’s company “reassigned” him after the accident. After an extraordinary chain of events, Congress ultimately intervened and reinstated his job — the only time in American history that’s happened. McDonald went on to help make the boosters the safest part of the shuttle and later chronicled his story in Truth, Lies, and O-Rings*.

After hearing such a compelling story of courage, we’d all like to think that in a similar situation, we would have done the same as Allan McDonald.

As a student of organizational leadership, I’m forced to conclude that I probably would not have.

Virtually everybody with knowledge of American’s space program in 1986 acknowledges the unbelievable pressure that NASA was under to accelerate the shuttle’s launch schedule. Add that to a culture of invincibility that was present at NASA at the time (and the multiple times Challenger’s launch had already been delayed) and the stage was set for extraordinary tension.

It is difficult to get a man to understand something, when his salary depends upon his not understanding it.

It’s tempting to look back on the Challenger disaster and conclude that any of us would always rise to the courageous level of an Allan McDonald in our own organizations or, on the opposite end, that horrible decisions are sometimes inevitable, leaving little for us to do.

Neither of those extremes are true.

On any given day, we are influenced and swayed by the culture of our organizations — and each of us also have the capacity, and often the responsibility, to challenge prevailing culture.

Culture and politics don’t absolve us of responsibility for bad decisions. After Challenger, a number of NASA managers were rightly dismissed for their actions leading up the the launch.

But organizational culture transcends individuals. As leaders, we owe it to our organizations and those we serve to be intentional about the culture we shape and influence.

NASA’s culture drove it to amazing successes. It also precipitated accidents. As the New York Times reported in 2014, the later Columbia accident bears eerie similarities to what happened with Challenger.

As leaders ourselves, we should neither assume our own courageousness — or become resigned to inevitability.

Challenger still matters, 30 years later, because it’s a stark reminder of how we are all influenced by organizational culture — and that if we are willing to acknowledge culture, we have the capacity to change it, when it matters most.

229: Leadership Lessons from the Challenger Disaster

Allan McDonald refused to sign off on the launch of Challenger, and that decision framed the rest of his career. On this 30th anniversary of the Challenger accident, he joined me on the podcast to share the details of the night before the accident — a timeline of events that most of us have never heard.

If you found his story compelling, get the detailed story in his book, Truth, Lies, and O-Rings* or leave a comment for him on the show notes. I’ll be sure he gets it.