Time For a Change

How to Remember Names

Get Better Outside of Work

Time For a Change 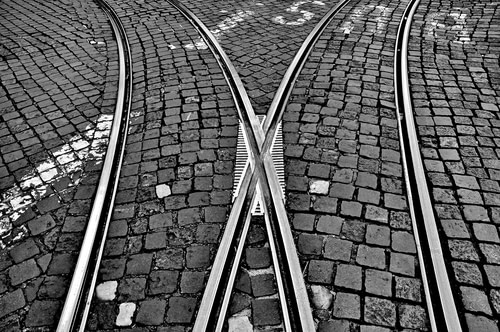 It’s often said that the only constant is change. Making peace with change and demonstrating daily flexibility are essential traits for almost every leader.

In today’s guide, perspectives on change to give you the information and inspiration to embrace it in your own work as well.

I’ve rarely come across anyone who enjoys performance reviews. Even among those who feel they are helpful and fair, the review process itself seems to cause angst in almost everybody.

Managers are often tasked with writing a ridiculous amount of reviews in a short period of time. Employees often feel like reviews don’t capture the value they provide. And, almost everybody dislikes review meetings themselves.

While disdain of performance reviews is nothing new, some large organizations are beginning to take real action to do things differently. Accenture, one of the largest companies in the world, just announced that it’s dumping annual performance reviews and rankings in favor of more consistent, fluid feedback (what we should all be doing anyway).

If that sounds intriguing, here’s how you could replace performance evaluations with four simple questions.

Like a lot of small businesses, when Bonni and I first started our work years ago, we registered our web domains with GoDaddy and used them for web hosting.

After seeing ad after ad from them with scantily clad women and marketing messages that didn’t honor the diversity we both support, we decided about five years ago to take all of our web business elsewhere.

Recently, I visited their website again and then heard this powerful interview with GoDaddy’s new CEO Blake Irving. It’s a great conversation about change, how the company needed to grow up, and what they are now doing to honor women in business (seriously). It’s worth a listen.

Talking Too Much? Red Light.

A common struggle for type A personalities (which is a lot of people in leadership) is not talking so much. Some leaders get feedback about this, but don’t know how to start to get better.

When trying to change, I’ve often found very simple models that can be remembered in the moment to be the most helpful. That’s why a recent article by past Coaching for Leaders guest Mark Goulston caught my eye.

Mark admits to having this same challenge himself a learned a powerful “Traffic Light Rule” from a colleague who called him out on his listening. He describes this simple, three-step rule for yourself to easily determine if you’re talking too much.

One of my professors in college had a class assignment to write a resume. However, there was a bit of a twist:

He asked us to write it five years in the future.

It forced each of us to consider where we’d be in five years, what accomplishments we would have had in our career, and then to detail it on paper.

A little over five years later, I recalled the assignment and pulled up the resume. Even though I hadn’t seen the document since the class, I was shocked at how much it aligned with what happened.

If change is what you want, starting with yourself is almost always the place to begin. The power of getting things on paper has come up in many past Coaching for Leaders episodes. There’s evidence too that getting things down on paper helps a lot. NPR reported recently on the writing assignment that changes lives.

Our family just got back from vacation, including a trip to the San Diego Zoo where Luke saw his first, real lion.

Since the media is also obsessed with lion stories, in the sprit of “if you can’t beat ‘em, join ‘em,” my favorite recent lion piece involves Jimmy Fallon and Billy Joel.