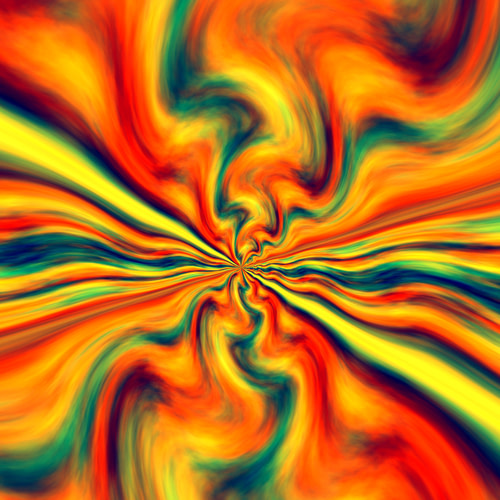 I used to see most decisions as right/wrong, black/white, or yes/no. After feedback from a few customer complaints early in my career, it became apparent that working with people is as much an art as it is a science.

In most things worth pursuing, complexity abounds. This week, perspective on navigating the complexity of people.

Shortly after last year’s shooting in Ferguson, Missouri last year, a member of our church called attention to the complexity of the current conversation in America about police and race.

His daughter is a white police officer and his grandson is a black teenager. It was apparent from his words that he was able to honor the unique fears and struggles from both perspectives.

Those who can masterfully appreciate differing perspectives (regardless of agreement) bring a unique ability to engage people and influence a complex world. That’s why I found value in a recent article by an anonymous New York City police officer.

It speaks to the complexity of police work, being a women in a traditionally male workforce, the power of organizational culture, and what a difference a uniform makes.

It’s not an enjoyable read (it made me cry) but it beautifully captures complexity and how one person has navigated through it.

Our son recently started watching a dinosaur show and it reminded me of learning about dinosaurs as a child. One of the first distinctions I was taught was that a dinosaur is either a herbivore (plant-eater) or a meat-eater (carnivore).

In reality, it’s more complex. Carnivores sometimes eat plants — and there’s a whole class of animals called omnivores, who get a side of hummus with their chicken. The traditional buckets we use to classify things don’t always work.

On a recent show, Beth Buelow and I talked extensively about the distinction between introverts and extroverts in leadership. However, we said little about the people in between who are starting to get more attention from researchers: ambiverts (yep, that’s the term).

Beth was recently quoted in a great article in the Wall Street Journal. Not sure if you’re more introverted or extroverted? Don’t fret. About half the population lands here.

Lots of us are enticed with the promise of finding the best app or time management system to squeeze the most productivity out of a day. I’ve aired many questions and episodes over the years that address that desire — one I often share.

Clocks weren’t prevalent before the industrial revolution. When something needed to be done, you started on it and finished whenever you finished.

Tony Crabbe wonders if the traditional ways we think about time management might just be making our lives worse. The world has changed since clocks showed up on everyone’s desks and wrists. Crabbe argues, “in our overloaded world, the greatest shortage is not time, but attention.” Ironically, it’s published on a site named Quartz.

For whatever it’s worth, my email box is definitely not empty.

It’s easy to hear statistics like those and assume that things are good.

Things most certainly are not great for everyone. Gender bias still creeps into many organizations, particularly at the executive level.

Tom Henschel recently aired a podcast examining the complex issue of executive gender bias. In addition to his wisdom, the citations to research are fabulous and offer a glimpse into an improving, but still difficult world for women who lead.

I’m always on the search for guests whose perspective you won’t hear elsewhere. When Randy Willhite began teaching me guitar, I found myself recording as many truths about how to learn as I did about how to play.

In this week’s show, Randy and I discuss ten ways to learn faster, using the guitar as our guide. The full list is posted on the Coaching for Leaders website, along with the audio.