Is This Mistake Costing You Trust?

3 Ways Your Actions Are Stalling Your Leadership

Get Rid of Your Scaredy Cat Once and For All

Is This Mistake Costing You Trust? 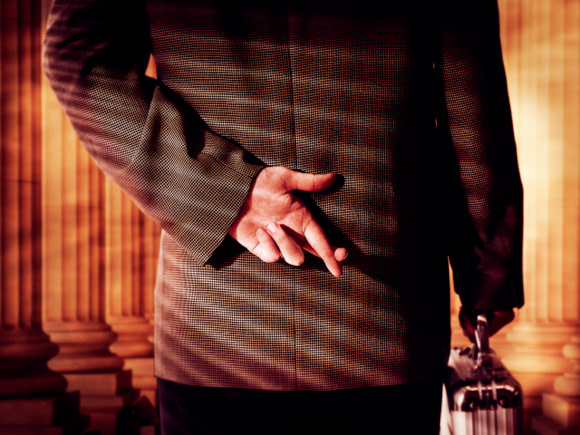 About ten years ago, I was attending a business ethics course. The instructor was passionate about the topic and I was anticipating learning a tremendous amount about ethics and decision-making in the course.

The first night of the class, the instructor asked the class to examine an actual case study that he had been involved with in the past. The details of the story escape me these many years later, but I remember that the case was compelling. It was also an ideal case study, as the “correct” decision was not obvious and an ethical case could have been made for either side of the issue.

The instructor facilitated a lengthy discussion with the class once the case was presented, discussed different ethical models, and asked class participants (many of whom had diverse opinions) to articulate their opinions on recommended actions for the leader, based upon their knowledge and evidence.

It was a textbook perfect demonstration of how to present a great case, get people to examine their beliefs, and engage a group of people in discussion. It remains one of the more effective discussions I’ve seen in a classroom.

And it was all a lie.

After the class had worked through the entire case and debated it extensively, someone asked the instructor how the situation had actually been resolved. The instructor then revealed that the case was fictional, despite what he had stated earlier.

A majority of the class appeared to forgive the deception since it produced good discussion – but I found that I had a difficult time taking the instructor seriously after that incident. After all, if he was willing to deceive an entire class for the sake of making a point, what else in his lessons was smoke and mirrors?

It’s one thing to misrepresent something unintentionally – such as when poor communication or expectation-setting results in someone feeling deceived. Leaders of course need to guard against this since the resulting feelings of followers are the same, but unintentional deception can be forgiven. We’ve all been guilty of such carelessness.

However, I find myself scratching my head when deception is clearly planned (and even written or published) in order to make a point. We can even find examples of this in prestigious publications such as the first five paragraphs of this recent blog post in Harvard Business Review.

Mahatma Gandhi said, ‎”The moment there is suspicion about a person’s motives, everything he does becomes tainted.”

None of us are perfect, but this loss of trust is an easy one to avoid. We should all give careful consideration to how we drive home points. Deception that delivers a short-term lesson isn’t worth the long-term hit to a leader’s credibility.

What’s a time you’ve been the victim of deception? How did it affect your view of the leader? Add your comments below.