6 Quotes to Help You Lead 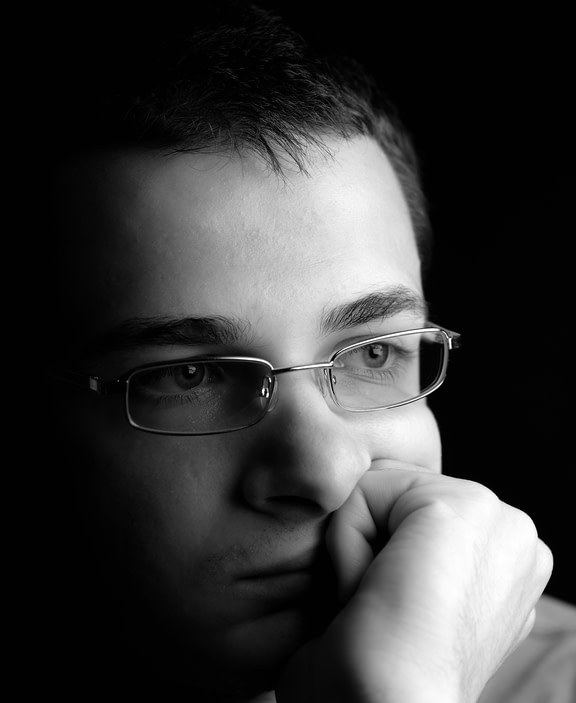 At the end of this week’s member spotlight, Tom mentioned that he’d like to know more about how others handle stress. As luck (or not) would have it, the past week was a particularly stressful one for me too.

I’ve spent time during the past few days considering what clients, colleagues, family members (and me) have done in the past to combat stress. Here are key things I’ve found that worked and may be helpful to you as well.

Seal Off Your Troubles

In Dale Carnegie’s classic book How to Stop Worrying and Start Living*, a central lesson is to live in day tight compartments.

Carnegie makes the point that large ships have watertight compartments. In the event of an accident where a portion of the ship takes on water, any section can be sealed off to prevent a catastrophe from downing the entire ship (poor design of these on the Titanic led to its demise).

Living in day tight compartments means that you identify what you have the capacity to handle today and then “seal off” the remainder of your worries. Focus on what you can do today and stop worrying about tomorrow’s troubles.

This 7-minute Carnegie Coach episode will help too.

A number of years ago, I was meeting with a potential client and we got to talking about how to handle difficult people. She was in a customer service leadership role and saw more than her fair share of difficult situations.

Whenever dealing with a particularly aggressive person, she said that she found it helpful to think to herself after the interaction:

Thank goodness I’m not married to this person.

It was a passing remark at the time, but since I’m married to pretty much the coolest person on the planet, I’ve often found this mantra extremely helpful when handling tough situations.

Focus on What’s Next

In some parts of the United States (including where I grew up in Illinois) it’s common to see deer on the road at night. When a deer sees an approaching car and turns to face the headlights, they often freeze in fear.

It’s a terrifying sight and extraordinary dangerous for drivers. People are killed every year when deer go through windshields.

One of the worst things we can do is get paralyzed with fear.

When my friend Tim Stringer first appeared on the podcast last year, he articulated this piece of wisdom from David Allen:

Lots of us get at least somewhat paralyzed when there are many things flying at us. If you haven’t already, write down a list of exactly what needs to happen, in what order.

And if you have that list already, start working it and you’ll often get relief immediately.

Early morning last Sunday, our son suddenly came down with a horrible cough and was having some difficulty breathing. His doctor advised we get him to the emergency room instead of waiting for an office visit in the morning.

He was never in any serious danger and felt tons better by time we left the hospital, but I couldn’t help but notice the activity around us.

When we pulled up, an entire line of ambulances was outside. A major accident had occurred an hour earlier and the place was swarming with doctors, police officers, and paramedics.

It was clear from the expression on their faces that the accident was severe. I found myself both saddened for them and also grateful that my son’s situation was relatively minor by comparison.

If ever you find yourself having a tough day, take a moment to consider how much worse it could be. I’ll take most of my bad days anytime over a worst case scenario.

Years ago, I heard a talk by Dr. Wayne Dyer*. I no longer recall the exact wording, but his thoughts on worry went like this:

Identify what you’re worried about and determine if you can do something about it.

If you conclude you can do something, take action. This eliminates your need to worry about it.

If you conclude you can’t do something, why worry about it? If there’s nothing you can do, what’s the point?

There, we’ve eliminated any need for you to worry ever again.

Our emotional responses to stress and worry aren’t anywhere as simple as Dyer suggests, but I’ve still found this distinction helpful. I’ll admit to finding peace many times by intentionally putting my worries into one of the those two categories.

I welcome your thoughts and comments.

If your worries are about how to be more influential in the world, one immediate action is to get acquainted with the work of Bob Burg. He appeared on this week’s show to discuss the five laws from his international bestseller, The Go-Giver: A Little Story About a Powerful Business Idea*.

All five laws from the book, the resources we mentioned, and the audio download can be found on the Coaching for Leaders website.