How to Overcome a Face-plant

How to Win Friends

How to Overcome a Face-plant 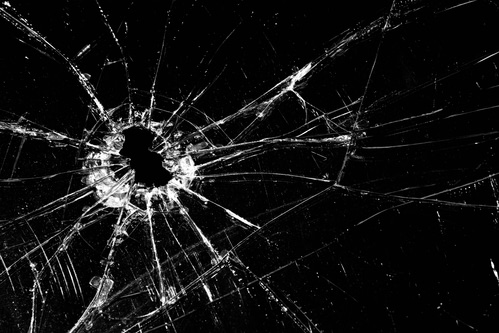 Earlier this week, I saw a video shared on Facebook titled “when you’ve having just the worst day at work.”

The video showed lots going wrong in the workplace, such as people running forklifts into garage doors, accidentally starting a chain-reaction of falling shelves, and face-planting after misjudging the distance between equipment.

As apparent as some mistakes are to everyone, the person hurt most by a face-plant is the person who fell. In today’s guide, some practical wisdom for overcoming your own face-plants, picking yourself up, and moving on.

Popular culture is sprinkled with stories of people who have worked through intense challenges, only to overcome and triumph past them. Many of us take inspiration from those who’ve overcome impossible odds.

In her new book Rising Strong*, Brené Brown names this cultural phenomenon the “Gilded Age of Failure.” She argues that we tend to zero in on triumphs, only to miss the depths (and often the necessities) of real, human struggle.

Spoiler: One of the three things resilient people have in common is a willingness to lean in to discomfort and vulnerability.

Over a decade ago, I came across a book in my graduate studies that I still recommend to clients regularly. Almost without fail, when someone asks for advice and also is going through a major transition, I mention the book.

The author is William Bridges and almost a generation ago, he zeroed in on a three-step model to help people navigate transitions. “Transition” is a very intentional word and distinct from “change.” Change is what happens externally to you; transition is how you handle it internally.

Bridges points out that every transition begins with an ending, and that most of us force it too quickly. He says:

In our culture, there are forces that stand in the way of this normal, cyclical pattern of development. We place a high value on monetary success and professional prestige, and that encourages people to set (and then keep trying to reach) distant and elevated goals. This emphasis on success often stands in the way of people’s doing what really interests them and makes them happy.

If you’re dealing with a major transition right now (and feeling tons of pressure to move forward) reading the book Transitions by William Bridges* is a wise move.

Can We Talk About This?

Conventional wisdom says that you shouldn’t be pointing out your failures to others.

Dale Carnegie figured this out almost a century ago. Long before the days when “authenticity” and “vulnerability” were words we tossed around the workplace, Carnegie’s message was clear:

Talk about your own mistakes before criticizing the other person.

As usual, nobody does a better job of nailing a point than John Corcoran, the current world-record holder for most appearances on Coaching for Leaders. In this recent article for the Art of Manliness, John writes on how to fail and live to talk about it: 10 tips for explaining your missteps without sounding like a train wreck.

Best line? “It’s not every day your job is terminated by the Terminator.” (Yep, Arnold Schwarzenegger really did crush his job).

When You’re Beaten Down

Like most everyone, I’ve had my fair share of feeling beaten down. While forcing transition is rarely helpful, there any many practical things we can all do to pick ourselves up during and after the tough times.

Awhile back I cataloged a list of tactics that have worked for me and others. I aired it as episode #85: Ten Ways to Pick Yourself Up When You’re Beaten Down.

If ten tactics are too much to process, just start with the secret to happiness. 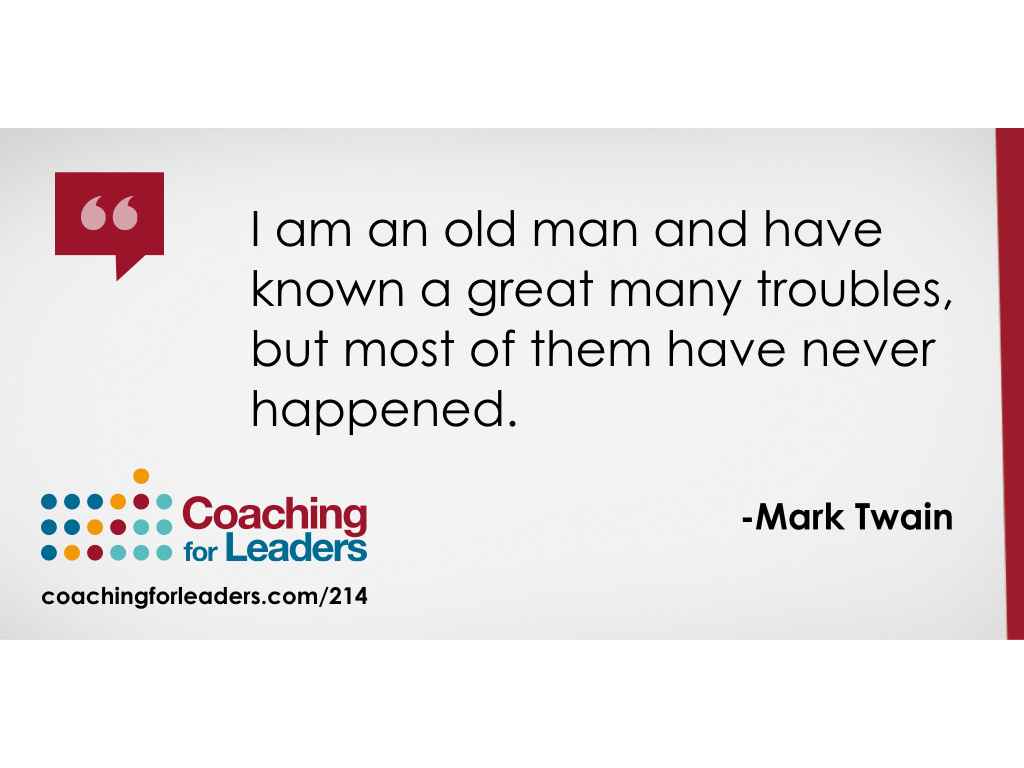 On Monday’s episode, I took inspiration from How to Stop Worrying and Start Living* by Dale Carnegie and provided five ways that you can manage and limit worry in your own work and life. The full audio and list is posted on the Coaching for Leaders website.

The next Q&A show is episode 216. Your questions are always welcome for consideration.