How to Handle Loneliness in Leadership

How to Hire a Coach

Mirror, Mirror on the Role

How to Handle Loneliness in Leadership Uneasy lies the head that wears a crown. 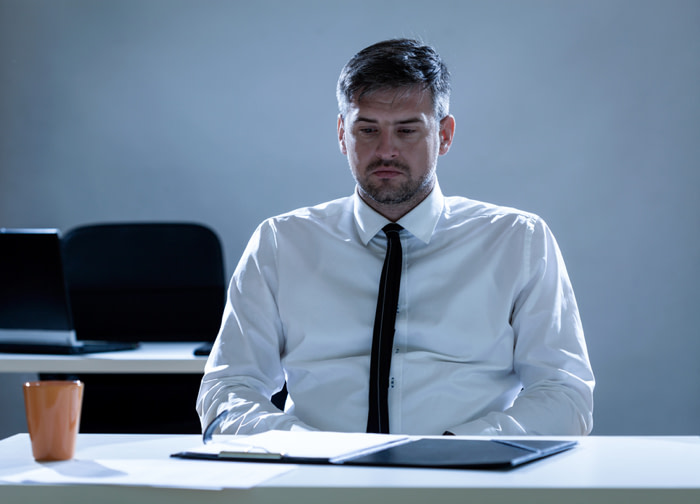 While the world has mostly moved on from the wearing of crowns, the uneasiness that Shakespeare speaks of is as true today as it was for the kings and queens of yesteryear. Many leaders find themselves surprised and unsure when battling loneliness.

You’re Not Alone in Loneliness

Loneliness is famously cited as one of the biggest struggles of American presidents. Even President Andrew Jackson, well known for his confident and angry temperament, complained of loneliness after only four months on the job.

Harvard Business Review reported in 2012 that more than half of CEOs report loneliness in their roles and a majority of those found that it negatively affected their performance.

Today, a Google search for “loneliness in leadership” returns 832,000 results. Apparently none of us are alone in our loneliness.

It’s often surprising to leaders that those surrounded by the most people (presidents, CEOs, and business leaders) often struggle with loneliness. Just because you’re around others doesn’t mean you can’t be lonely.

MIT professor Sherry Turkle’s book Alone Together* advanced a new hypothesis: even though we are all more connected then we’ve ever been, many of us struggle with loneliness more than ever. Even if you dispute the hypothesis, few would argue that today’s instant access through technology has negated loneliness.

Leaders, while often surrounded by people, are at unique risk for loneliness. There are fewer people that can appreciate the unique challenges that leading an organization brings. Those that can understand this unique burden are often too much consumed with their own leadership journey to offer substantial perspective.

Trying to eliminate loneliness in leadership is like deciding not to pay your bills. You can pretend for awhile that everything is fine, but it always catches you in the end.

Having both worked with leaders who’ve struggled with loneliness and dealt with it myself many times, I know that loneliness feels pretty awful.

I also know that it’s not something that necessarily needs fixing. Feeling lonely in leadership indicates at least three things:

The three things above are all positive attributes of excellent leadership and don’t need fixing. Occasional loneliness is inherent in leading people, especially as your influence grows.

I go through a loneliness slump for at least 2–3 days every few months. I’ve learned when I hit this time to acknowledge it to myself and to chat with Bonni, who doesn’t try to fix me. Just acknowledging it gives new perspective, even if I still struggle.

Although loneliness comes with struggles and sadness, it can also open the door to the next idea, opportunity, or change. If we have the courage to turn towards ourselves when loneliness hits, amazing work can come out from this time.

In his book Transitions*, author William Bridges points out that loneliness is especially challenging during times of transition (which is way broader than just changing jobs). He states:

One of the difficulties of being in transition in the modern world is that we have lost our appreciation for this gap in the continuity of existence. For us, “emptiness” represents only the absence of something. So when what’s missing is something as important as relatedness and purpose and reality, we try to find ways of replacing these missing elements as quickly as possible. (p. 133)

He challenges leaders not to fix emptiness, but to discover what can be learned from it. Taking the time to reflect, write, read, and embrace such a time can bring perspective that would never come from the boardroom.

When I saw this creative, 4-minute video a few years ago, it reminded me of the value of being alone. While personal in nature, it challenges a lot of the assumptions that our society makes about needing others at every moment.

Engage With Peers Who Get It

People of all kinds, leaders included, often attempt to fix loneliness by getting around people who will help them forget it. While that works temporarily, it often leaves the underlying roots of loneliness very much unaddressed and the long-term experience of “alone together” – just like Turkle’s book.

Instead of diving into groups of people, engage in business and personal relationships with others who will celebrate with you in good times and encourage you to do the difficult work of self-examination when you experience loneliness or other leadership challenges. Beware of those who try to fix you – they are probably more uncomfortable with your discomfort than you are.

One of the best ways to do this proactively is to engage in a mastermind group or mentoring relationship. I participate in a business mastermind weekly and it helps keep me at the other participants grounded. The key to success with these is to invest in these relationships and programs before you really need them.

How Have You Handled Loneliness?

What lessons have you learned when handling loneliness? Join the conversation via the comments link below.