How to Finish With Results 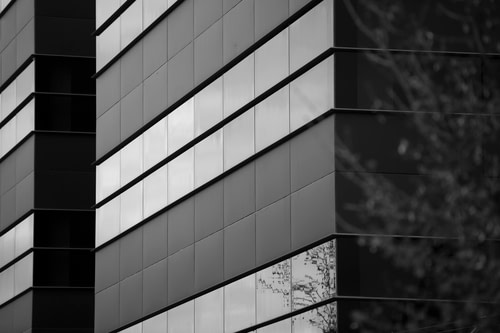 My dad worked a very successful career at the same company for over three decades.

He put on a suit everyday. He drove to an office everyday. With rare exceptions, he pulled into the driveway between 6:15 and 6:30 p.m. every evening. There were no emails to answer after dinner.

Few would argue that it’s the same.

In today’s guide, a few perspectives on how our work changed…why it matters for leaders to know.

It used to be the case that most people in the workforce were employees in a traditional job — and those that weren’t probably were the ones who owned the business.

Contractors were historically viewed as second class citizens in a lot of organizations — and by many leaders. And, if you happened to get off the traditional career path at some point, you might be branded as unemployable.

Today, many organizations benefit from freelancers — and the stigma of interrupting a traditional career is dissipating. There’s even a podcast called Unemployable.

And that’s where I heard Brian Clark interview Daniel Pink about the book he wrote in 2002. Turns out it’s more relevant today than ever to look at the state of Free Agent Nation in 2015 (and beyond).

When our son arrived a few years ago, both Bonni and I stepped back on our consulting work. I also chose to give up some responsibilities (and income) at Dale Carnegie in order to balance more time at home.

Later that year, we were in escrow on a new home and almost didn’t qualify for the mortgage, primarily because if didn’t make sense to a mortgage company why someone would intentionally make less money.

We were fortunate to have choices — so many others do not. In fact, the costs of childcare have risen to the point where it’s having real influence on how parents work. The Washington Post reports on the surprising number of parents scaling back at work to care for kids.

It’s All Greek to Me

I’ve often heard the complaint from people that if they do a good job of becoming more efficient and effective, “They’re just going to give me more work to do.”

While new work can provide more earning potential and career growth, the comment is well taken (and in many cases, quite true).

It wasn’t always that way — and it doesn’t necessarily need to be your expectation. The ancient Greeks actually used tools and efficiency improvements to (gasp!) work less.
Cal Newport points out how strongly this contrasts with our current business culture and calls it Tim Ferriss in a Toga: The Ancient Greeks on Labor and the Good Life.

Got a Good Routine? Oops.

I prefer a somewhat predictable and routine weekly schedule. As much as I attempt to create that each week, usually I’ve given up hope by around Tuesday afternoon.

However, that may be a blessing in disguise. The best paying jobs of the 21st century are going to those who handle non-routine work and complexity well. If your work is always changing, it’s a lot harder for someone else to do it.

On the other end, truly routine work is making jobs easier to outsource or automate, especially in the internet ago. The Wall Street Journal recently asked: Is your job routine? Is so, it’s probably disappearing.

Traditionally, leaders were thought to be people that had a clear vision to tell others what to do. Today, that paradigm has almost completely reversed.

One of the early lessons I learned as a Dale Carnegie instructor was to use inclusive language when facilitating. Instead of saying, ”I want you too…” it’s much better to influence action by saying, ”Let’s all start to…”

There’s research that backs this up too — and not just from a standpoint of presenting and facilitation. A team of researchers recently looked at the use of pronouns by leaders and whether they correlated with status.

Harvard Business Review summarizes the research and its consistent findings: if you want to be the boss, say “we” not “I”.

I mentioned on episode 208 that I’m making an email announcement tomorrow to those who receive this weekly leadership guide.

I’ve been asked a number of times in the recent past about what else is available to leaders in this community who want coaching, support, and action to improve their leadership skills.

A detailed answer is coming. Watch your inbox tomorrow.

208: How to Motivate People and More Questions

This week, Bonni and I responded to questions on how to motivate others, how to get people to stop talking, and how to evolve into a new role. The links to all the resources we mentioned and the full audio and show notes are posted on the Coaching for Leaders website.