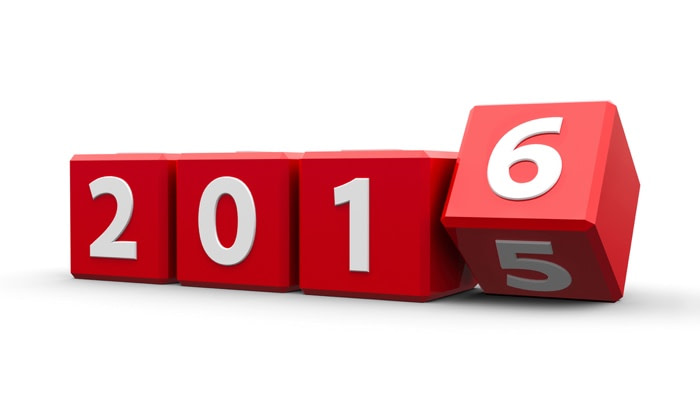 The title says it all. I welcomed tons of great guests to Coaching for Leaders in 2015 — and the quotes below are the ones still resonating with me the most.

These quotes will also set the stage for you for a successful 2016.

Most people waste most of their lives on topics they’re not going to change anyway.

That’s probably not the first thing you’d expect to hear from the guy who’s most often cited as the world’s top executive coach.

When we spoke about his book Triggers*, he taught us this model for framing decisions about change:

We need attention to all four areas. A key part of Marshall’s message: don’t skip that last one.

The things you think are tough are where real life exists. That’s where you really get to know people.

Most of us have been taught that when the conversation gets too personal, that’s the time to step back. Andrew Warner, the founder of Mixergy (and one of the most respected interviewers on the Internet) says that’s exactly when to push forward.

He taught us his “shoved fact technique” when we spoke. If building closer relationships with all kinds of people is on your goals list for 2016, these steps may be just be what gets you started.

If you aren’t proactive in establishing your online reputation, other sites, such as rating sites, are going to create content about you.

Kevin is the author of Establishing, Managing, and Protecting Your Online Reputation*. While his quote was referring to the online reputation of your business, the same is true for leadership more broadly.

It’s your job as a leader to define your brand and reputation. If you don’t, others will do it for you.

An Olympic athlete who’s coached Olympic athletes, Jeff knows a thing or two about being a champion. Before I interviewed him, I saw on his site that he had worked with Lance Armstrong at one point. So I asked him about Lance’s rise and fall.

His response above captures a very real and human reality for all of us. In fact, it speaks to the philosophy of how I approach lots of conversations with leaders these days on the podcast (more on that here).

You true worth is determined by how much more you give in value than you take in payment.

Bob is the author of The Go-Giver*, a great fable about how to add value in work and life. If you’re looking for a fast and inspirational read to start thinking about 2016, it’s your book.

His quote captures the essence of both the book and our conversation: stop worrying about success — instead, be diligent about adding value.

If your kid has a bad report card, you don’t put him up for adoption, you get him a tutor. If someone has performance issues at the company, you don’t fire them, you coach them.

Since I view parenting as the most important leadership job I’ve got, the quote above from Simon, bestselling author of Start With Why*, resonated with me a lot.

Whether you believe in firing people or not, almost all of us could do a better job with our coaching. That’s the place to start (and here’s the guidance to do it).

Beth is the author of The Introvert Entrepreneur* and we spoke in this episode about our shared respect for Dale Carnegie. For years in Dale Carnegie classes, I’ve made the distinction between excitement and enthusiasm. I often use a can of soda to illustrate the distinction.

Excitement is when you shake the can and open it. That’s fun for a few moments, but makes a colossal mess. It’s an external event to the soda.

Enthusiasm is when you open the can the way it’s intended and the fizz bubbles up. It’s cool, refreshing, and much longer-lasting. It’s internal to the soda.

Error on the side of internal enthusiasm rather than external excitement.

An interview is just an opportunity for a conversation.

When a listener wrote in asking how to maximize involvement in professional associations, I called up the best networker I know. John Corcoran worked at the White House and now helps entrepreneurs and small business people bring in more income.

Part of his advice was to volunteer to interview the people in whatever association you’re part of. Getting the most from associations means first giving the most in the relationships you build.

Tiny habits lower mental hurdles so much that our mental resistance doesn’t kick in.

When Kendra appeared on the show, she encouraged all of us to set smaller goals. Contrary to what you’d expect? Read on.

She coached me during the show on my daily goal of “maintaining patience with kids” to instead be, “Made one choice to be patient with our kids today.”

The people most attracted to what we teach, the GTD methodology, are the people who need it least.

When David Allen of Getting Things Done* was on the show this year, he pointed out that people who follow him already “get” the importance of being more strategic with their time.

In much the same way, the fact that you’re reading this means you care about good leadership more than the average person. Thank you for allowing Coaching for Leaders to contribute to that care you bring into your daily leadership.

224: How to Lead Through Uncertainty and Change

A key distinction in our conversation was how leaders frame communication to be inclusive of both those who embrace the change and those who will resist it. The full audio and show notes are posted on the Coaching for Leaders site.

There’s no leadership guide next Wednesday. Instead, take 10 minutes in the next week to complete your LifeScore assessment* from Michael Hyatt.

If you elect to join the course with us, forward your receipt to me and you’ll have a reserved seat for my live, face-to-face webinar on February 6th @ 10:00 a.m. PST on how to “Keep the Momentum Going.”