5 Mindsets to Help You Lead Better 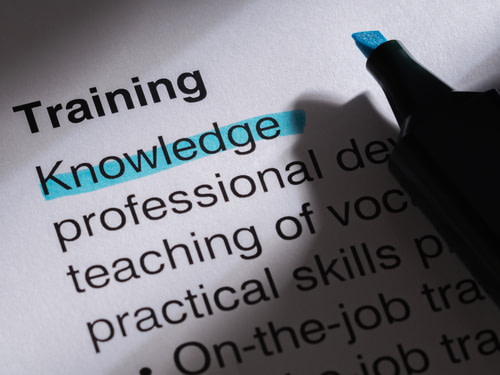 I’ve interacted a lot with educational institutions in my business career and it’s often seemed that there’s a lot they could learn from business leaders.

For all the struggles our educational institutions have, I’ve also come to recognize that a lot of business leaders could learn as much (or more) from great educational leaders too.

Bonni has been a great teacher for me in this way. When she started her Teaching in Higher Ed podcast featuring the best instruction practices of great professors, I started listening regularly. At first, just because I care deeply about her work and wanted to support her platform in anyway I could.

What I wasn’t expecting was how much I could apply to the training business and my own business skills. After all, a big job for every leader is to train and develop people — and the best professors are masters at doing this daily.

In this guide, five training hacks from the professors who’ve appeared with Bonni on Teaching in Higher Ed that will help you train and develop people better:

The husband-wife team of Dr. Robert Bjork and Dr. Elizabeth Ligon Bjork have a center at UCLA and have done groundbreaking research on both learning and forgetting (which, it turns out, is not always a bad thing).

Robert recently appeared on Bonni’s show and discussed some of their key findings over time that are relevant to learning and memory. Virtually every leader will benefit from some of the key lessons he brought to the episode, but two in particular resonated with me most:

They’ve discovered that spacing in learning activities works particularly well when compared to “cramming.” As such, if given a choice to train someone on a new skill over an entire day, or spacing it out over several shorter sessions for a period of weeks, retention is almost always better with time-spacing.

Key takeaway: Space out training whenever possible so people have the bandwidth to retain and use new information.

I’ve worked in the training business long enough to recognize that it’s often not practical (or possible) to space training out over time. In that case, the Bjorks’ research also brings practical guidance:

When spacing isn’t ideal or practical, what they call “interleaving” can also help. Instead of learning just one new skill in a large chunk, learning several new things at once and jumping between them helps people with memory and also transfer of learning.

As an example, if you have three days to train a team on three different skills, you’ll get better results focusing on interleaving elements of all three skills during each day of the training, instead of attempting to hit only one topic for the entire day.

Key takeaway: Train new topics and skills in more of an A-C-B-B-C-A-B-A-C sequence instead of an A-A-A-B-B-B-C-C-C sequence.

3. Lighten Up When Training Heavy Stuff

Training people on difficult subjects is hard, even more so if people can’t connect to why it matters.

When she spoke with Bonni earlier this year, the TED presenter and professor said, “I don’t think I have the luxury to come off as extremely heady, because there’s so much stuff that’s going to prevent communication from happening.”

She believes in the importance of a hook: something that gets people’s attention right away and leaves them wanting more. She showed up at her TED talk with a blow torch — and co-authored a book about the science of football, in order to bring people into the conversation.

Her advice for you when teaching the tough stuff? Give people a hook, allow them to experiment with what they are learning (vs. just memorizing it), and above all else, do most good scientists do:

Think of failures as data collection.

Key takeaway: The more complex the topic at hand, the more important your ability to relate becomes.

4. Admit It When You Mess Up

A few years ago, I was teaching a graduate course and students were having challenges accessing the online portal. One of the students brought it to my attention — and even tried to resolve it herself.

I finally discovered that the issue was me (I had a setting wrong) and, after fixing it, emailed her and apologized for my error.

At the next class, she pulled me aside and said that she was impressed that I had owned up to causing the problem. Apparently her worldview was that a lot of people would have just covered up their error.

Sadly, that worldview is well-placed since some professors (and leaders) feel like they need to display a aura of infallibility — as if pretending that perfection somehow earns respect.

Dr. José Bowen, the president of Gaucher College, spoke with Bonni earlier this year and set the expectation that there will be times when we are going to disconnect with the people we are teaching (or leading).

He articulated these four steps when you mess up:

Key takeaway: Admit it when you mess up and need to change direction.

5. Respect The People You Train

In most every industry I’ve encountered, there’s an unhealthy “backchannel” somewhere of complaining/hazing/belittling customers, students, employees, or colleagues.

Dr. Kevin Gannon has built a reputation of respect in the classroom and spoke with Bonni earlier this year about the attitude that professors (and anyone each teaching an audience less knowledgeable than them) should bring to those the serve.

He made the case that our students (and customers, employees, etc.) are the reasons that a lot of us have jobs. They are our allies, not our adversaries. Serving them well is in our best interests — and we can learn from them too.

I’m sure Kevin would resonate with what Ralph Waldo Emerson wrote a few hundred years ago:

Shall I tell you the secret of the true scholar? It is this: Every man I meet is my master in some point, and in that I learn of him.

Kevin’s take can be summed up in his brief letter to students:

Dear Student: You’ll get better at this. So will we. -Faculty (a.k.a. former students)

Key takeaway: Honor the people you train and notice what they are teaching you.

Speaking of time-spaced learning, many small steps work tons better than giant leaps. That was one of the key messages from Kendra Kinnison, this week’s guest, who brought helpful perspective on how to frame new habits — and even helped me reframe one on the show.

Kendra spoke about what she’s learned from coaching leaders on the Coach.me platform and what all of us can do to make new habits sustainable. The full audio and notes are posted on the Coaching for Leaders website.