Get Better Outside of Work 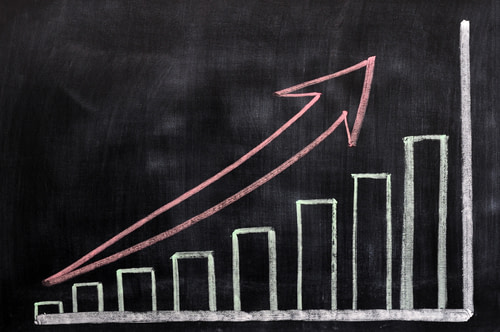 I’m the kind of person that thinks to take stuff out of the car trunk if they won’t be needed for awhile, so the vehicle is slightly lighter (thus, more fuel efficient).

If there are ways to be more effective, I’m game. Here are five strategies to help you do the same:

Earlier this week, I received an email from someone I’d never heard from before saying that I had too many “ands” and “umms” in a podcast episode I aired almost four years ago. I replied with, “Thanks for the feedback,” and hit delete.

I likely would have given it too much attention before, so I’m grateful for past guests like Sheila Heen who provided pointers on how to determine when feedback is useful. No doubt, we should all give feedback major attention in some cases — but in a lot of cases, being responsive to every bit of feedback ins’t an effective use of time.

That’s why I was glad to see a new article in Harvard Business Review from past guest Dorie Clark. She was on the show earlier this year to talk about her new book Stand Out* (which is getting tons of great attention). That also means she gets her share of feedback, good and bad.

She details the five strategies she uses to determine when it’s OK to ignore feedback.

Use This Marketing Strategy

Big companies have advantages. If you are a traditional retailer and sell the same things Wal-Mart does, good luck competing.

Rather than racing to the bottom on pricing, be competitive where the big players can’t touch you. Seth Godin reminds the rest of us about the power of being human, being kind, paying attention to people, and smiling.

Best line from his recent article: “When in doubt, be the anti-airline.”

Cut Yourself Some Slack

Too many evenings, I attempt to do a bit of work after our kids are in bed. Sometimes it’s good to get things done when the house is silent.

Most of the time it’s dumb.

I’m tired at the end of the day and, while things are quiet, I work at half the speed I would if I saved it for the next workday. Since it takes me twice as long, I end up staying up later than I should — a bad combination.

Turns out I’m not the only one with this issue. Past guest Todd Henry has written about his tendency to plan to get more done than is realistic, especially when he’s on the road. His advice: learn how to cut yourself some slack.

Connect Instead of Respond

I once heard a fable about a guy who fell into a hole. Several people came along and said what they thought would be helpful, but didn’t get the man out.

Then, a friend came along and jumped in with the man. He said, “Let’s find our way out together.”

Dishing out sympathy to people in tough situations is easy. Genuine empathy is harder, but ultimately much more helpful.

Brené Brown says, “Response doesn’t make something better. Connection does.” This 3-minute video is the best I’ve seen on how to more effectively ease someone’s pain and suffering.

Be Nice, Not Pushy

I’ve been to many networking events over the years and, like most people, am pretty turned off by those who walk around aiming to hand out as many business cards as possible.

While many professionals know not to be that person, it’s less clear on what to do in order to be perceived as memorable and engaging.

Dorie Clark, Susan RoAne, and I were recently featured in an article in U.S. News & World Report on 11 steps to networking like a boss. Hint: almost all of them are about you taking action to be nice.

Speaking of effectiveness, mental strength helps a lot. That’s why I called up Amy Morin when I heard about the article she wrote a few years ago that went viral (and the story behind it).

In this week’s show, we focused on five of the things that Amy features in her book: 13 Things Mentally Strong People Don’t Do*. The full audio and show notes, including some of the best quotes from Amy, are posted on the Coaching for Leaders site.

Is this week’s guide helpful? View comments from others and add your thoughts here.