How to Remember Names 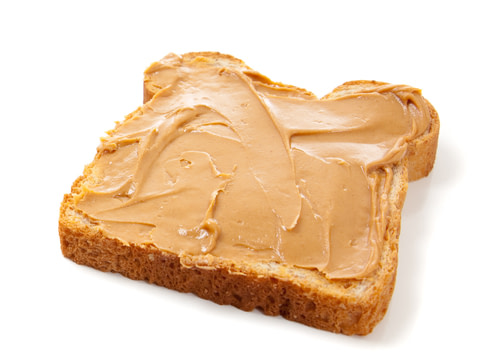 You’ve spread peanut butter on one slice of bread and it’s decision time. What goes on the other slice?

Don’t ever be left alone with just peanut butter.

Some things are better in partnership. In this leadership guide, how great combinations can make everything better.

I was listening to a recent episode of the StartUp podcast and the episode topic highlighted a major issue in the startup world: founders aren’t always comfortable being the #2 person in a company.

I’ve always believed that great leadership can be done while following someone else. Nowhere is there a better example of a great sidekick than Paul Shaffer.

Whether you’re a Letterman fan or not, few dispute the substantial influence he brought to the Late Show. It didn’t start perfectly or always go as planned, but Shaffer demonstrated how a strong second person can provide the winning combination.

Would you be willing to be a strong second?

Two weeks ago, President Barack Obama drove up to a guy’s house here in Southern California, walked into his garage, and recorded a lengthy podcast interview.

The guy is comic Marc Maron and he’s the host of the WTF with Marc Maron podcast. As of this writing, it’s the most popular podcast on the internet.

The chat with the President is great, but purely on a selfish level, I was more fascinated by the next episode Maron aired about how the interview got set up and all the logistics involved.

The gem I wasn’t expecting was the dialogue between Maron and his producer Brendan McDonald. Beautifully captured in this conversation is a partnership both have developed over the years, hilarious storytelling, and how both men play to each other’s strengths. With it, they do so much more than either could alone.

How can you complement others in your organization to make the end product substantially better?

Note: In case you didn’t catch the acronym, let’s just say they don’t subscribe to the same “G-rated” standard you hear on Coaching for Leaders.

Perhaps the most famous portrayal of a mentor/coach is that of Master Yoda in the Empire Strikes Back. Luke Skywalker is uniquely capable of confronting the Dark Side, but not without the aid of Yoda, who helps him overcome a great adversary:

However, the story is not a new one. Joseph Campbell first identified the Hero’s Journey, both in literature and myth. In more recent times, organizations have even attempted to identify with an aspect of this journey to make their customer the hero.

Steven Pressfield captures the eight steps of the Hero’s Journey and suggests that we’re all programmed to follow it in our lives.

Where are you on the hero’s journey? How can you mentor someone else on their journey?

At age 7, Tommy Emmanuel was inspired by the guitar playing of country legend Chet Atkins. He wrote to him and they eventually struck up a friendship. Years later, they recorded an album together.

Emmanuel was prominently featured in the closing ceremony of the 2000 Sydney Olympics, broadcast to almost 3 billion people. Today, he’s a household name in Australia and perhaps the best guitar player in the world.

Before he died, Atkins asked Emmanuel to continue playing one of his signature songs, “I Still Can’t Say Goodbye.” Their friendship inspired great playing and ensured that we all continue to hear this song.

Who should you crete a relationship with that would be beneficial to both of you?

While we’re all unique, there are certain things (like biology) that influence all of us. On this week’s episode, I welcome Lori Ann Davis to help us navigate the tendencies of both male and female communication.

Lori is a trained psychologist, relationship specialist, and author of the book, Unmasking Secrets to Unstoppable Relationships*. Details on the distinctions we discussed are posted in the show notes.

Is this week’s leadership guide helpful? View comments from others and add your own thoughts here.