4 Ways to Get People to Stop Talking

A few days before I graduated from junior high school, I was honored with the Rotary Award at the our school’s annual recognition event for students. 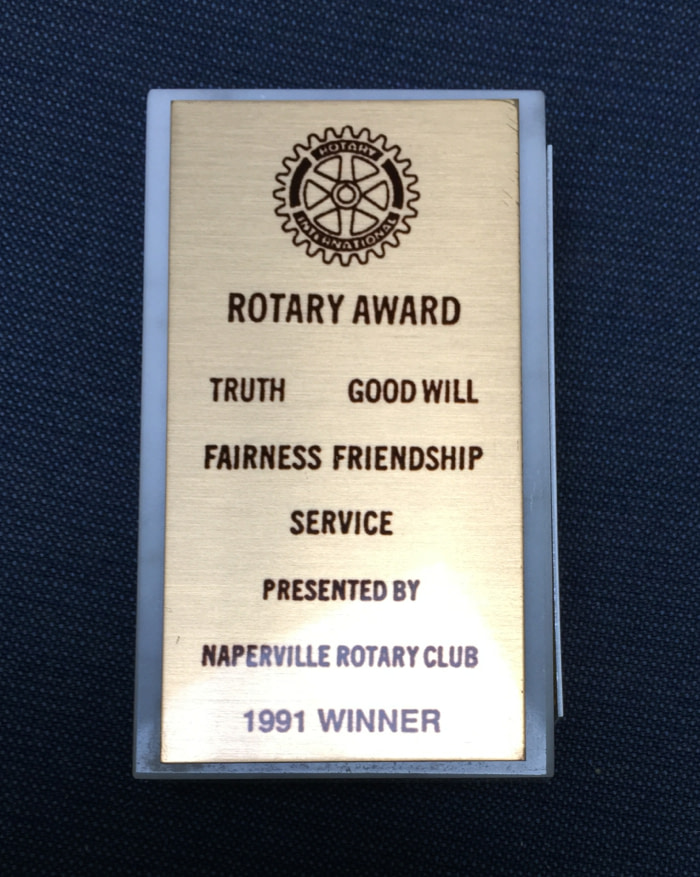 I knew little of the award before receiving it, other than a faint memory of seeing other students receive it in prior years. I got a heads up before accepting it formally, and it was described as a prestigious award that teachers voted on.

I was always an excellent student in school, but rarely the best student (so I didn’t get those awards). I was awful at sports, dating, and fairly mediocre at a lot of other things. In retrospect, this award for, “Truth, good will, fairness, friendship, and service” was probably the first substantial time that anyone outside of my family recognized me as uniquely best at something substantial.

I’ve gone through many moves and life events since receiving that award those twenty plus years ago. Several times over the years I’ve purged closets and old boxes and parted ways with most old certificates and awards.

But I’ve always kept this one.

At the time, I couldn’t articulate why the award was the most meaningful one I’d ever received. Today, it’s obvious…and it helped build my confidence to step in leadership roles in high school, college, and beyond.

Dale Carnegie has long advised people to, “Give honest, sincere appreciation.” Appreciation is essential, and here are three ways to make it memorable:

Like many people I know, I have a number of times in my career received cash bonuses or gift cards from an organization I worked with to recognize an individual or team accomplishment.

While I was always grateful to receive these gifts at the time, today I can’t remember where any of that cash was spent or why I received it. In contrast, I specifically remember almost every tangible gift or award I’ve received (like the Rotary Award) and the reason behind it.

When I interviewed Michelle Smith from O.C. Tanner (the leader in the recognition industry) she said that while people almost always ask for cash as a reward, the tangible awards are far more memorable. She makes a great case for this at 22:10 in our dialogue.

Hundreds of students were eligible for the Rotary Award, but only two us of received it (there was a male and female award). Because it was clear that we had been uniquely chosen, it was a lot more meaningful than many of the other awards I’ve received where an entire group of people or team was recognized.

In addition, Elizabeth Mazur (the female student selected) was someone I had great respect for. This further enhanced the meaning of the award, since it was associated with an individual I admired.

Team recognition is a wonderful practice, but it’s no substitute for what is unique to each individual. Whenever possible, highlight an individual or just a few select people — and strongly resist the temptation to give everyone an award, as I’ve written about previously.

Each of the five values etched on this award have always been particularly meaningful to me and I consider some of them to be my core values. Other “achievement” awards I’ve received over the years were less memorable because the reason for the award was vague.

Be specific with the values or character traits you are recognizing. Even if the award is for hitting a number (such as a sales award) connect the recognition with a key value or character trait that the individual demonstrated to be recognized.

If you can do these things well, the people you recognize, like me, may still be thinking of the effort you put into the recognition, decades later.

What’s Been Memorable for You?

What’s the most memorable recognition you’ve ever received? Post your response in the comments below.